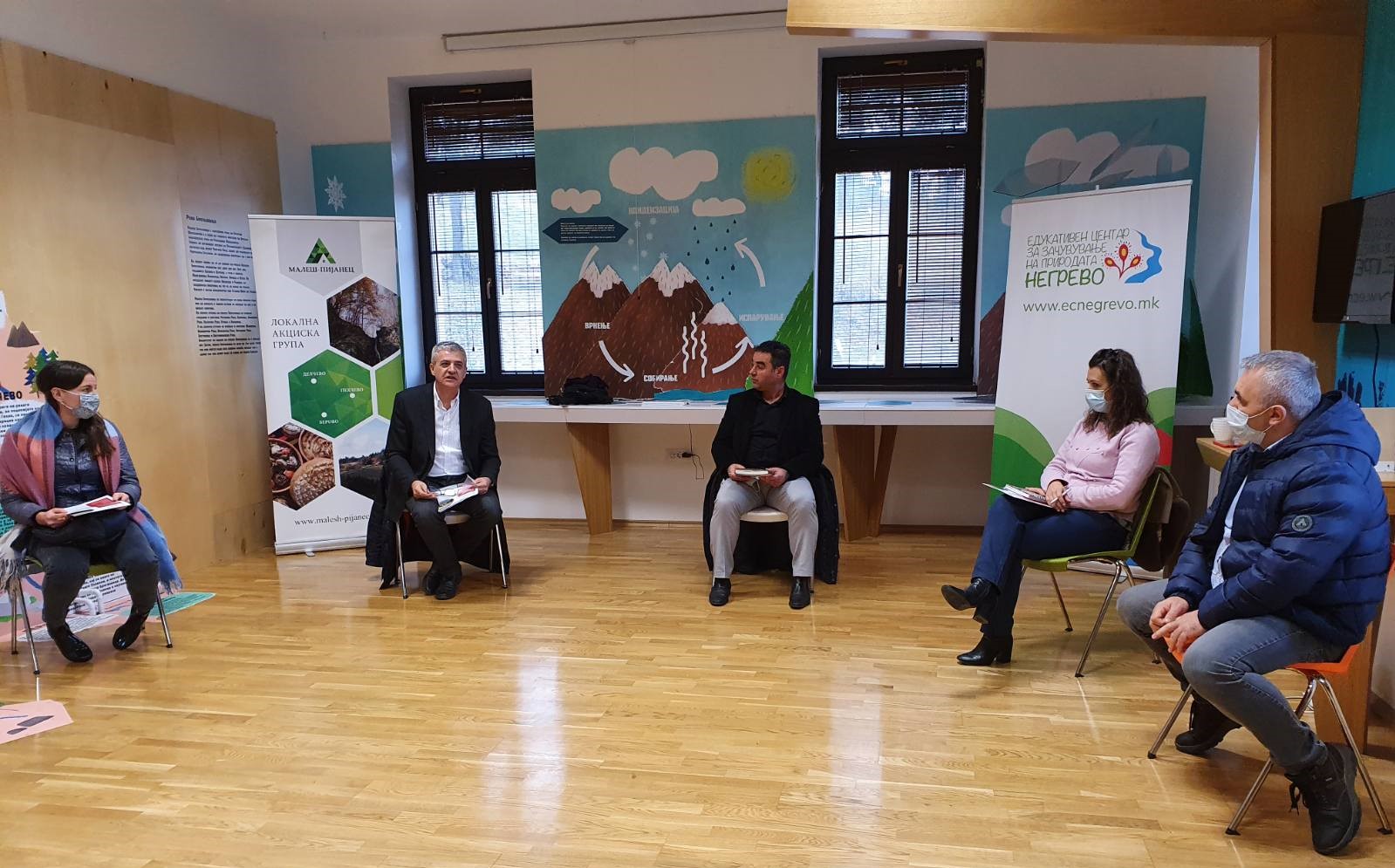 To acquaint the local stakeholders in the municipalities of Berovo, Pehchevo, and Delchevo with USAID’s Community Development Program, Rural Development Network of North Macedonia’s team that implements the Program visited these municipalities and had numerous meetings.

Private sector actors are also key to promoting local development. For that purpose, a visit was made to some of the companies located on the territory of the Local Action Group Malesh-Pijanec such as “Dzuze-Prom” DOOEL – Pehchevo, and “Hit Design” DOO – Delchevo. The representatives of the Program talked with the owners and the representatives of the companies about the goals of the Community Development Program, its planned impact in the region, and the opportunities for the companies’ involvement.

After the initial meetings, an additional meeting was later organized with the Secretary of the Municipality of Delchevo and other local stakeholders from these three municipalities.