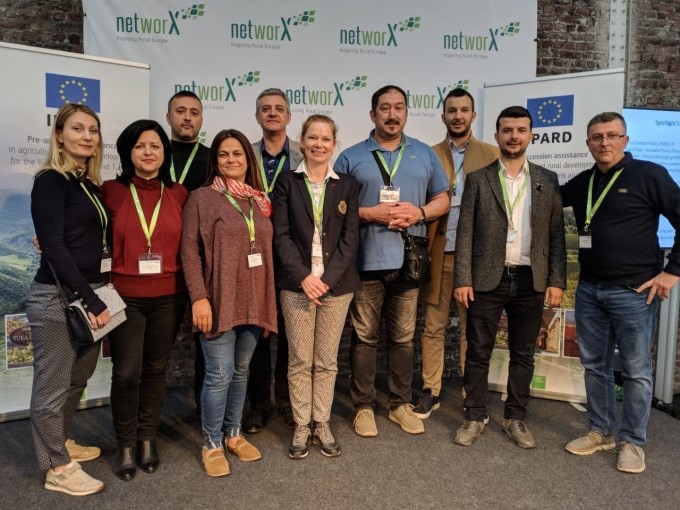 As of 11/04/2019 to 12/04/2019 the largest ever gathering of the European rural networking community was organized in Brussels. Under the name “ ‘networX’ – Inspiring Rural Europe, conference aim was to recognize the value of networking for rural development, demonstrate the results of the past ten years of rural networking and proactively look at its future. The interactive format ensured plenty of space and time for informal discussions, inspiring conversations and sharing of experiences, reaffirming the value of human connections in the digital world. Over 400 rural stakeholders from all over Europe gathered to discuss:

The Rural Development Networks of the WB countries as part of the Balkan Rural Development Network (Albania, North Macedonia, Montenegro, Serbia, Bosnia and Herzegovina and Kosovo ), were invited to participate at the event entitled as ‘networX’ Inspiring Rural Europe, organized by the Contact Point of the European Network for Rural Development. The networks from Albania, North Macedonia, Montenegro and Serbia as IPARD countries had an opportunity to present their work as exhibitors at marketplace stands while the Kosovo and the networks from Bosnia and Herzegovina participated as visitors. Besides the individual activities of the IPARD networks BRDN activities were also presented during the marketplace event through poster presentations and individual discussions with participants. 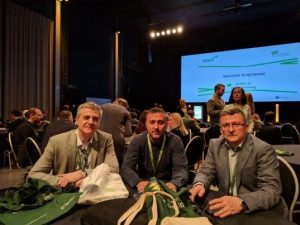 During the event the BRDN had a separate meeting with DG-Agri to discuss about Networks in the Western Balkans and Turkey.

The following points were discussed:

The representatives of DG Agri (Ms. Anna Nowak-Wood Program Manager for Serbia; and Ms. Iwona Lisztwan Program Manager for Turkey) emphasized the importance and role of networks in supporting the implementation of IPARD. It was pointed out that financial support for networks should be provided through the technical assistance measure in those countries where it is accredited, and in those where there is no such support to find other sources of funding. Such a case of government support exists only in Turkey where the National Rural Development Network is financed by the technical assistance measure. An example of successful work was given from the Turkish network during the entrustment of LEADER and TA in Turkey.

Petar Gjorgievski thanked the Directorate for the support and emphasized that all networks through the IPARD Monitoring Committees will propose solutions to the relevant ministries for establishment and financing of national networks and support of LEADER approach. He stated that in Macedonia the Technical Assistance measure is accredited but still no funds for establishment of National Rural Network are allocated yet. He also  emphasized that unlike the Turkish network, the Western Balkan networks that are members of the BRDN are civil organizations and have a much wider scope of action than just IPARD, like EU integration, democracy, decentralization, advocacy and lobbying, guided by the bottom-up principles. Furthermore the relevant ministries still do not recognize the importance of networking and they need to work more closely with civil networks in the process for establishment and functioning of National Networks for better implementation of rural development programs, depending to what extent they would like to involve the CSO Networks and what model of network they will choose.  Recommendations were accepted by the DG-Agri and support was offered to increase co-operation and dialogue between the relevant ministries and networks.